What are musicians and music scholars talking about these days?
What discussions were they having in the 1960s? The 1860s?  Follow conversations through the centuries by browsing music journals. 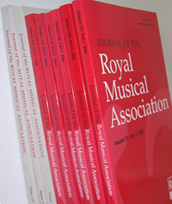 Journal of the
Royal Musical Association

"One of the major international refereed journals in its field. Its editorial policy is to publish outstanding articles in fields ranging from historical and critical musicology to theory and analysis, ethnomusicology, and popular music studies. The journal works to disseminate knowledge across the discipline and communicate specialist perspectives to a broad readership, while maintaining the highest scholarly standards." 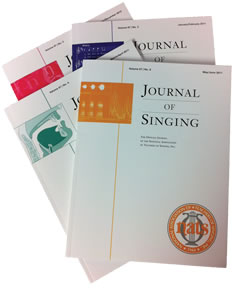 "A refereed journal, it serves as an historical record and is a venue for teachers of singing and other scholars to share the results of their work in areas such as history, diction, voice science, medicine, and especially voice pedagogy." 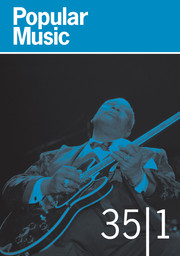 "From the formation of social group identities through popular music, to the workings of the global music industry, or how particular pieces of music are put together. Recent thematic issues are on gender, sexuality and popular music, and music and television."

Most cited article:
Why 1955?  Explaining the advent of rock music. 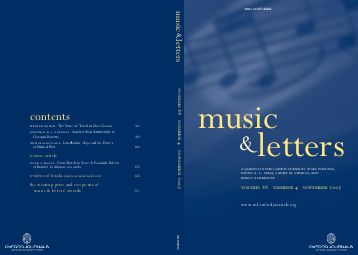 "Music and Letters is long established as the leading British journal of musical scholarship. Its coverage embraces all fields of musical enquiry, from the earliest times to the present day, and its authorship is international."

Most cited article:
What makes an Audience?  Investigating the roles and experiences of listeners at a chamber music festival. 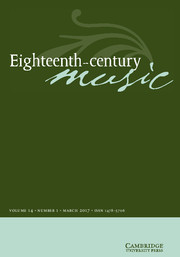 "A refereed journal, it serves as an historical record and is a venue for teachers of singing and other scholars to share the results of their work in areas such as history, diction, voice science, medicine, and especially voice pedagogy."

Most cited article:
Recalling the sublime: the logic of creation in Haydn's Creation. 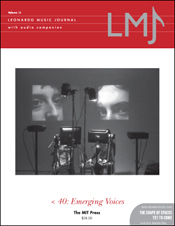 "Devoted to aesthetic and technical issues in contemporary music and the sonic arts. Each thematic issue features artists and writers from around the world, representing a wide range of stylistic viewpoints. Each volume includes the latest CD or multimedia CD-ROM from the LMJ CD series, an exciting sampling of works chosen by a guest curator and accompanied by notes from the composers and performers." 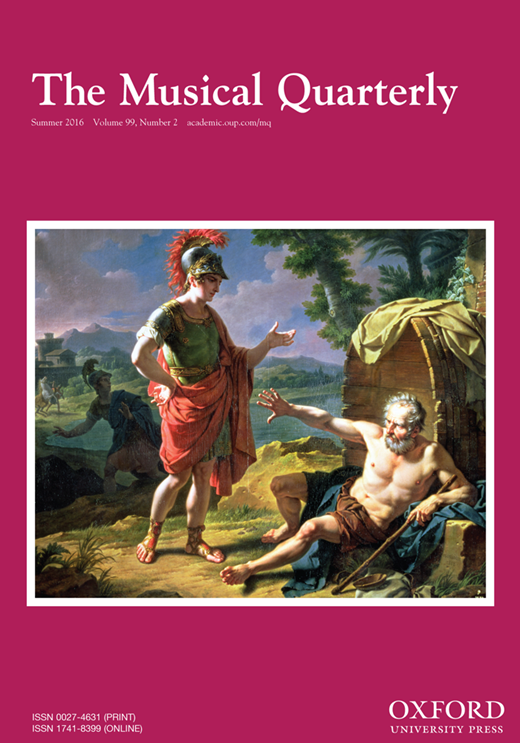 "The Musical Quarterly, founded in 1915... has long been cited as the premier scholarly musical journal in the United States. Over the years it has published the writings of many important composers and musicologists, including Aaron Copland, Arnold Schoenberg, Marc Blitzstein, Henry Cowell, and Camille Saint-Saens. The journal focuses on the merging areas in scholarship where much of the challenging new work in the study of music is being produced. Regular sections include 'American Musics', 'Music and Culture', 'The Twentieth Century', and an 'Institutions, Industries, Technologies' section which examines music and the ways it is created and consumed. In addition, a fifth section entitled 'Primary Sources' features discussions on issues of biography, texts, and manuscripts; reflections on leading figures; personal statements by noted performers and composers; and essays on performances and recordings. Along with discussions of important new books, MQ publishes review essays on a wide variety of significant new music performances and recordings."

Most read article:
The Jewish Question in Music 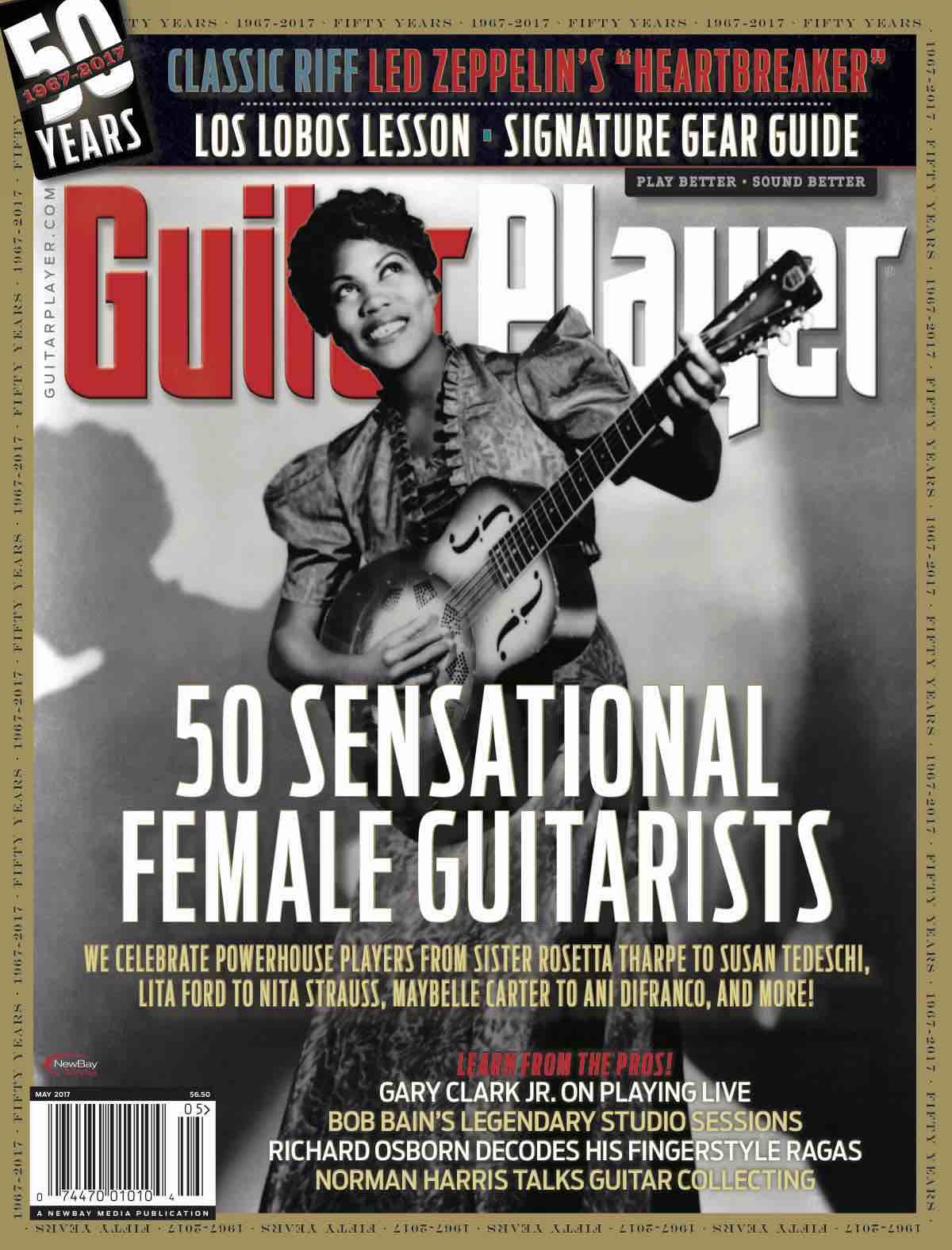 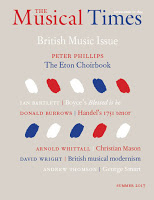 The oldest continuously-published music journal in the world, founded in 1844. 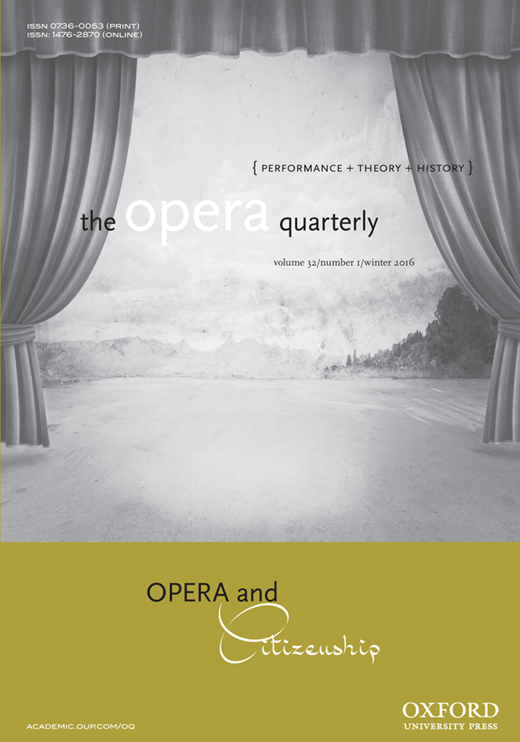 "For a decade, The Opera Quarterly has earned enthusiastic praise from opera lovers and professionals for its presentation of stimulating, enlightening, and enjoyable reading on all aspects of opera." 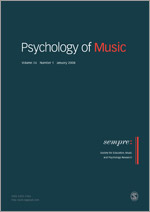 "Publishes peer reviewed papers directed at increasing the scientific understanding of any psychological aspect of music. These include studies on listening, performing, creating, memorising, analysing, describing, learning, and teaching, as well as applied social, developmental, attitudinal and therapeutic studies."

Most read article:
If  you're happy and you know it: Music engagement and subjective wellbeing. 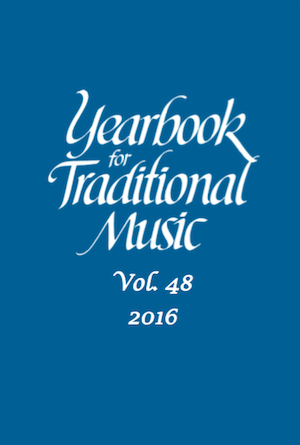 " A refereed scholarly journal which carries essays, reviews, and reports in the area of traditional music and dance research."